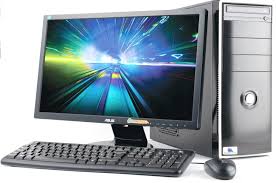 Haswell, move over. Intel has provided an initial glimpse into the faster and more power-efficient fifth-generation Core processors code-named Broadwell, which will be in PCs during the second half of this year.

Intel announced on Wednesday Broadwell chips for desktops, which highlighted some big leaps in the chip architecture. Intel will reach new highs on the CPU core count, and Broadwell will support the new DDR4 form of memory. Intel did not address Broadwell chips for laptops.

The chip maker in the second half of the year will release an eight-core Core i7 Extreme Edition chip, which will be targeted at enthusiasts, mostly gamers. That is the highest core count for Intel on desktop CPUs, with previous Extreme Edition chips topping out at six cores.

The Broadwell chip will also support the new DDR4 memory. Core chips based on the current Haswell architecture support DDR3 memory, but DDR4 is more power efficient and has faster throughput, which could translate to more responsive gaming PCs.

The chip will be made using the 14-nanometer process, which will provide a speed boost and more power efficiency.

The eight-core Broadwell Extreme Edition chip will have a limited audience, but it's a group of users who are willing to pay "top dollar for top performance," said Nathan Brookwood , principal analyst at Insight 64.

Gamers are one of the few users who still care about CPU count and bandwidth, Brookwood said. With more powerful CPU and graphics cores, DDR4 adds up all the dots to boost system speed, Brookwood said.

Intel has also built a prototype all-in-one PC to test a Broadwell chip it's making for those types of PCs. The company is seeing a revival in the desktop market, with more people buying PCs that can be easily moved around the home, said Lisa Graff, vice president and general manager of Intel's Desktop Clients and Platform Group.

"We're already working on the next-generation of all-in-ones," Graff said. She envisioned all-in-ones possibly having suitcase-like handles and 3D-depth cameras that can identify objects, recognize activities and improve gesture recognition.