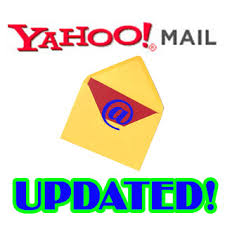 If Yahoo gets it right, then the end-to-end email encryption the Internet company is promising would be a big help to companies concerned with privacy in the use of webmail, experts say.

The company planned to release the plug-in next year.

Stamos demonstrated the plug-in, which was "pretty clunky," Cameron Camp, a security researcher at anti-virus vendor ESET who attended the demo, said. However, the early-stage technology was expected to be much better by the time it's released.

The goal is to make end-to-end encryption (E2EE) easy enough that any company employee or consumer can send email over the Web that remains indecipherable until the recipient decrypts it.

Deploying that level of secrecy today is difficult and is not user friendly, which hampers adoption by all but the most security conscious organizations.

Based on the demonstration, a person who wants to send an encrypted message would compose it through the plug-in, as opposed to on the regular Yahoo Mail interface.

What isn't clear is how the email would be decrypted by a non-Yahoo email service. A decryption key is needed to decipher the messages, and Camp wasn't sure how that key would be handed to the receiving service.

"I don't know how Yahoo is going to manage that part," Camp said.

Other potential problems that will need to be worked out include making the encryption technology compatible on any device, since email is often sent through a smartphone or tablet.

"This type of technology becomes extremely tricky to manage, as it requires copying keys/passwords around from device to device, and integration with email clients," Robert Hansen, vice president of WhiteHat Security labs, said in an email.

Nevertheless, in general, E2EE is a "great idea," Hansen said.

"Not only does it give the user more privacy from would-be man-in-the-middle (attacks), but it also encourages the rest of the industry to adopt it," he said.

Businesses interested in having employees use Yahoo encryption after it is released should give the technology time to mature and develop a track record for working smoothly, Camp said.

Waiting is best, because "if you need encryption, you don't want to get it wrong," he said.

In June, Google released the source code for the "alpha" version of an E2EE extension for the Chrome browser. Called End-to-End, the extension is based the OpenPGP standard and is available for testing and evaluation.

Yahoo is working with Google to at least provide E2EE between Yahoo Mail and Gmail.

Internet companies have been working on advancing email encryption to ease concerns businesses and consumers have over government snooping.