‘Popup’ seems a bit of an understated term given the increasingly manipulative form of today’s invasive advertising. Yes, they pop up. But they also pop under, hide themselves offscreen until you least expect them, leap up as new browser tabs and, most gallingly, shout annoying things at you until you seek them out and shut them down. Nobody wants to deal with a popup.

Before we get into the best tools to do away with them, however, it’s worth pointing out that most modern browsers include built-in options to disable popup windows. In Google Chrome, for example, click the three-dot icon, select 'Settings', click 'Show advanced settings', then select 'Content settings' below 'Privacy'. In the box that appears, you’ll be able to select whether to allow or disallow popups – the latter will be true by default – and add whitelisted sites.

Here’s the thing, though: whichever browser you use, you’ll no doubt have noticed that its default popup blocking skills leave a lot to be desired. Time to enlist the best third-party popup blocker you can find. 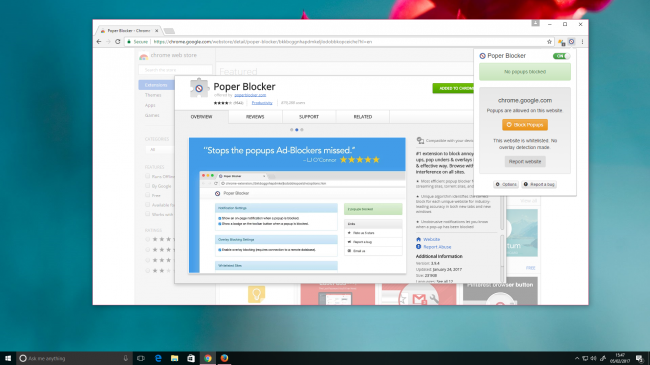 Available as an extension for Google Chrome, it was a head-to-head battle between this and Popup Blocker Pro over which would make it on to our list. The slightly anonymous authorship (and occasional suspicious triggering of our antivirus software) of Popup Blocker Pro saw Poper Blocker come out on top, but it has a lot going for it besides trustworthiness.

Designed specifically with the web’s most popup-ridden sites in mind – we’re sure you know the sort of thing – Poper Blocker does a great job at quashing the majority of popups, popunders, unwanted new tabs, and even those supremely-irritating site overlay layers. It’s not, primarily, an ad blocker; yes, it’s designed to work harmoniously alongside them if you so wish, but you can equally run Poper Blocker alone to support your favorite sites without being hit by the most egregious of online ads. With active, personalised support from its developer, Poper Blocker is only getting better as time goes on. 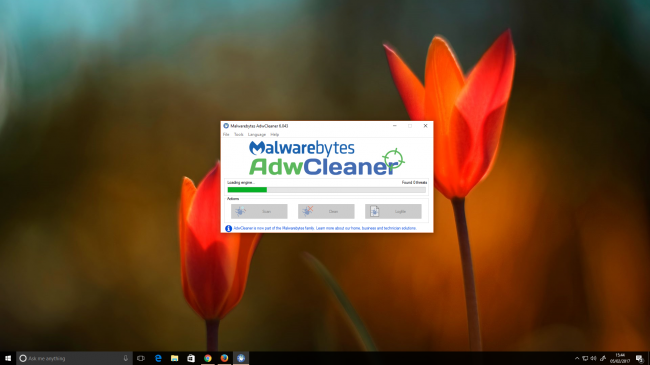 Malware is a common source of popups, so wipe infections out for good

We recommended AdwCleaner a couple of years ago, and we’re maintaining our recommendation here. Not necessarily because of its capabilities at protecting your browser – although it does a brilliant job at squashing home page hijacks and removing toolbars – but because of its ability to clean up undesirable software that you might not even realise is there. If you’ve ever had a mysterious popup outside of your browser, or a cryptic (or simply bothersome) system message, there’s probably some kind of malware present. That’s not just bad from an irritation standpoint; you never know what kind of data it’s collecting about you.

So, regularly fire up ADWCleaner – first in its Scan mode, and then in its Clean mode – to hunt through your system for adware and expunge everything from fake Firefox profiles to full-blown hidden advert factories. It’s now owned by Malwarebytes, which means one of two things: either ADWCleaner will inherit technology from its new parent and get better, or it’ll be folded into Malwarebytes Anti-Malware and disappear. 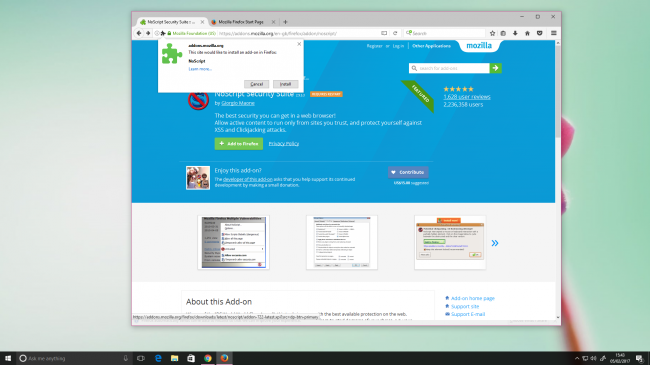 Prevent sneaky Javascript operations that produce popups
Made specifically for Firefox (and with functional equivalents like ScriptSafeavailable for Google Chrome) Noscript Security Suite isn’t what you’d traditionally think of as a popup blocker – it doesn’t, technically, block popups at all. What it does is offer you fine control over the Javascript items which are allowed to run in your browser, meaning the sneaky scripts which manage to weasel their way past Firefox’s built-in popup blocker won’t get a chance to run.

This is, naturally a boon to internet safety – with scripts on all sites blocked unless you specifically whitelist those locations, there’s no way anything malicious, let alone a popup, could run without your permission. This includes the likes of cross-site scripting attacks and so-called ‘clickjacking’. Granted, you’ll have a bit of a battle facing you until you’ve whitelisted your favourite sites, but you’ll quickly settle in to a world of popup-free bliss 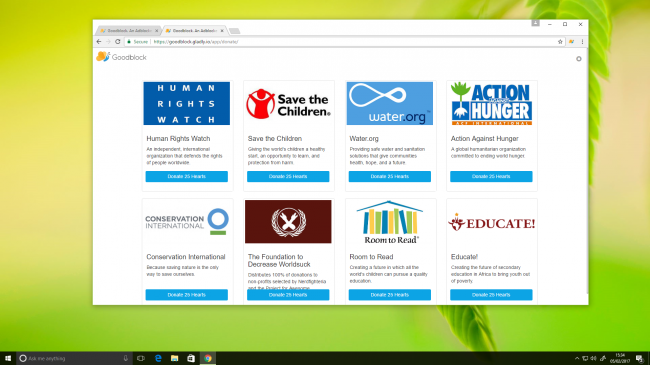 A popup blocker that soothes your conscience with charity fundraising

We were consciously avoiding covering direct ad blockers in this list, but this one is a little bit different, so we’ll give it a pass. Goodblock will, naturally, keep the worst Chrome popups at bay, block ads on sites unless you use its quick menu to whitelist them, and stop you being tracked as you browse around the web. It’ll also, er, show you its own ads.

That practice is not as cross-purpose as it seems, because this is an ad-and-popup blocker for those with a conscience. Once a day, its cute butterfly mascot – the irrepressible ‘Tad’ – will pop up in the corner of your browser. Give him a click, watch the curated ad that pops up in a new window, and you’ll raise a little money for charity. The ads themselves are generally rather good, too; we’re not going to say you’ll want to click on them, but you equally won’t regret it. 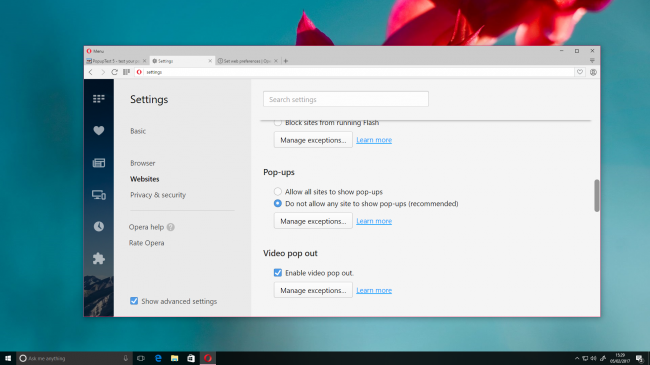 The browser with the best built-in popup blocker, able to differentiate between annoying ads and popups that are actually useful

We’ve had a look at the TechRadar stats, and we have a serious question: why does nobody use Opera? It’s one of the best browsers around, one of the fastest and lightest of memory. It has a built-in proxy/speedup tool in the form of its Turbo mode – which is handy for dodging international or ISP restrictions – and (yes) it includes the absolute best popup blocker of any browser on the market today.

By default, Opera’s blocker does its best to distinguish between ads and legit popups, and does a sterling job at that. Using the Settings / Websites panel, you can set it to block everything (with a quick whitelist option for sites you trust), or block nothing at all, and also restrict other content like popout videos or Flash. For additional protection, Opera is extendable – there are, naturally, popup blockers in its extension library. Try Popup Blocker (strict) if Opera doesn’t match your expectations by default.