We’ve spent some time with each of the most popular services online to create this list of the top five streaming services for all different types of listeners. Whether you’re into music discovery, streaming radio, or the highest audio resolution you can find, these are the best on-demand streaming services in the land. 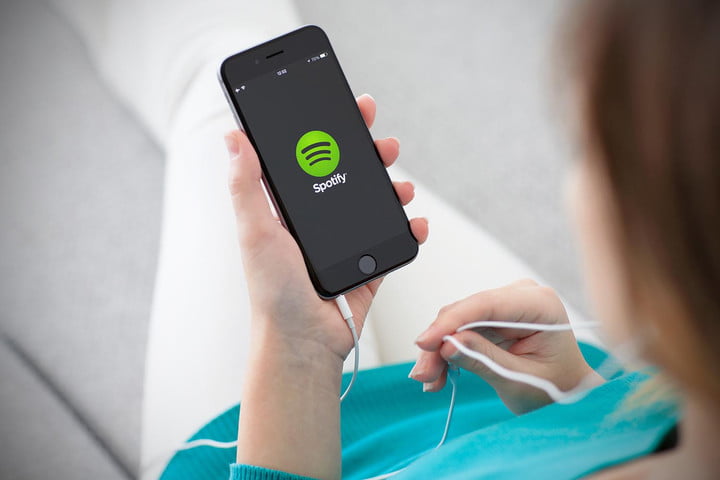 Why you should subscribe: It’s the best music discovery platform you’ll find, it has a huge catalog, and it can be tested for free indefinitely.

Who’s it for: Streaming newcomers, new-musical explorers, and just about everyone else.

Why we picked Spotify

With millions more paying subscribers than the closest competition, Spotify is — by a wide margin — the most popular on-demand streaming service on the market today. That’s true for a number of reasons, including the service’s extremely user-friendly interface on desktop, iOS, and Android, numerous third-party integrations — such as Amazon’s Alexa and Google Cast — and a diverse array of well-curated playlists and music-discovery tools.

One of the earliest pioneers of on-demand streaming, the Swedish streamer has long enticed newcomers with a free, ad-based desktop platform, and as streaming has begun to take hold of the industry, many of those users have eventually become paid subscribers. Apart from kicking the annoying ads, paying up allows you some real advantages, including being able to choose songs on-demand via mobile devices — an important feature for most users that the ad-based service doesn’t offer.

In a streaming market that increasingly turns to exclusive releases from big name artists to capture more users, Spotify employs its status as the industry leader to force the hands of artists and labels alike to release their music on the service. For instance, Drake is a paid ambassador for Apple Music, but his mega-hit album Views didn’t stay an Apple Music exclusive for long — the album landed on Spotify within a few weeks of its debut. Radiohead — a band with no shortage of terse words about Spotify’s paltry royalty payments — also eventually released their entire catalog on the service. Even Taylor Swift eventually gave up her stand against Spotify, after years of Apple music exclusivity.

While there are a few Spotify holdouts (including Garth Brooks), Spotify’s catalog of well over 30 million songs assures that if you can’t find it on Spotify, it will be tough to find it anywhere else.

Those looking to find their next favorite band will also love Spotify for its updated playlists like Monday’s Discover Weekly and New Music Friday, all of which follow your listening habits to recommend surprisingly fitting new artists to match up with your listening tastes.

Looking to listen to that cool band your friend is into? Spotify’s Facebook integration allows you to follow friends and see what they have been listening to, as well as check out any playlists they’ve decided to make public. While competitors do offer some exclusive features, Spotify is the most well-rounded, intuitive, and hassle-free option available. Unless you have a very specific sonic need the service can’t satisfy (which we’ll outline below), we suggest streaming newbies get on the Spotify train.

While you’re at it, be sure to check out our massive assortment of Spotify playlistsfor all occasions.

THE BEST FOR APPLE FANS 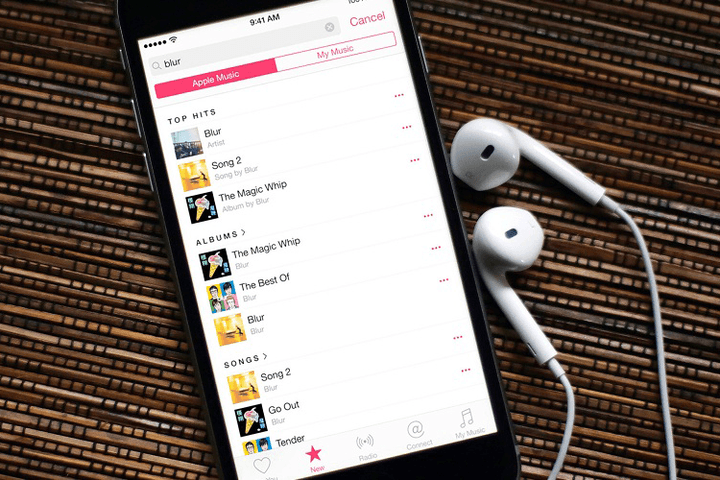 Why you should subscribe: You’re a diehard Apple user looking for the best service to integrate with all your stuff.

Who’s it for? Lovers of iTunes, hand-curated live radio, and all things Apple.

Why we picked Apple Music

While we generally prefer Spotify to Apple Music when it comes to features and usability, there are still some compelling reasons to check out the second-most popular on-demand streaming service.

First and foremost is Apple Music’s iOS and MacOS integration. Those with iPhones, iPads, and MacBooks will love the fact that they can ask Siri to search for specific artists, songs, or playlists, and virtually everything music related on an Apple device is tied into the service. In addition, longtime iTunes users will be pleased to find many of their songs are immediately available in their Apple Music streaming library upon signing up, along with the ability to store up to 100,000 songs for later use (Spotify downloads cap at 9,999).

The company also recently announced cool new multiroom integration will be coming with the release of iOS 11, alongside its announcement of a brand new multiroom speaker, allowing Apple fans a similar listening experience to that offered by Amazon’s Echo and Google’s Cast products.

Speaking of premieres, Apple works hard to be the first to showcase songs from some of the world’s biggest pop artists, including Drake, Taylor Swift, and Frank Ocean.

Those looking to save some cash will also be excited to note that the company recently quietly began allowing current subscribers to pay just $99 for an entire year on the service, allowing you to sign up and then save $20 per year on your favorite tunes.

If you’re a fan of the biggest names in pop, love radio-style listening, and own an iPhone or other Apple device, Apple Music could be your service of choice.

THE BEST FOR PASSIVE LISTENING 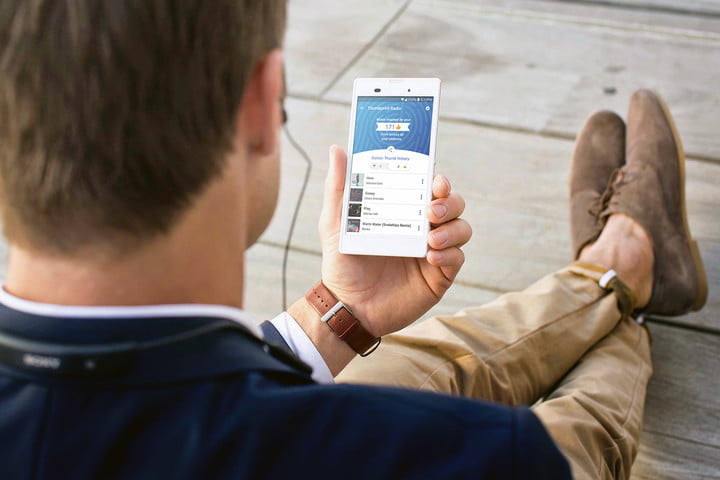 Who’s it for: Those who like to press play and walk away.

Why we picked Pandora

Though Pandora recently unveiled its much-anticipated on-demand streaming tier that features 40 million tracks, the best reason to subscribe to the service is to bask in the glory of its Music Genome Project. Since the early 2000s, the company has been attempting to “capture the essence of music on every level,” categorizing tunes based on hundreds of unique characteristics.

With such an abundance of data about each song, Pandora is able to offer the best curated, radio-style streaming online, all based on simple thumbs up or thumbs down ratings. Users can pick a favorite artist or track and press play, letting the magic algorithms behind the scenes at Pandora go to work. No matter who you’re into, Pandora will create a constant list of complimentary songs to enjoy.

While the on-demand service is a nice addition, Pandora is best for people who like to simply sit back and let the tunes roll on.

THE BEST FOR INDIE MUSIC DISCOVERY 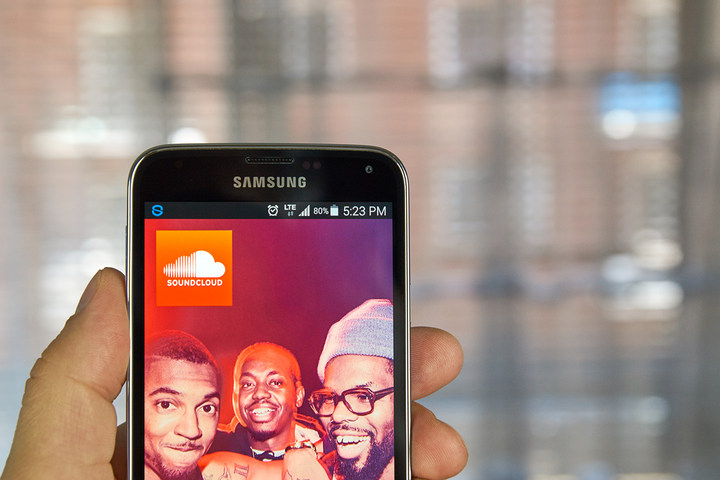 Why you should subscribe: With over a hundred million user-created tracks, SoundCloud has one of the most diverse indie libraries online.

Who’s it for: Indie music fans who prefer to take a hands on approach to music discovery.

Why we picked SoundCloud

SoundCloud’s biggest asset is its extremely creative, massive user base. With nearly 200 million active users per month and a huge number of small-name artists constantly uploading their latest and greatest songs to the service, those who have the patience to dig through SoundCloud’s immense track list are sure to find an unknown artist they love.

However, because it has so many songs and a layout designed around single tracks rather than playlists, SoundCloud really is for crate-digger types — those who’d prefer to sift through tons of tunes to find their next favorite band, rather than relying on a computer algorithm to predict what they may or may not like.

While this is great for a very specific kind of user, it may not be right for the average listener. In fact, SoundCloud is having a lot of trouble getting people to pay up for its service, routinely needing cash infusions from investors to remain solvent. Still, if you find yourself on SoundCloud searching for new favorites for hours a week (like we do), you may want to think about upgrading to an ad-free experience. 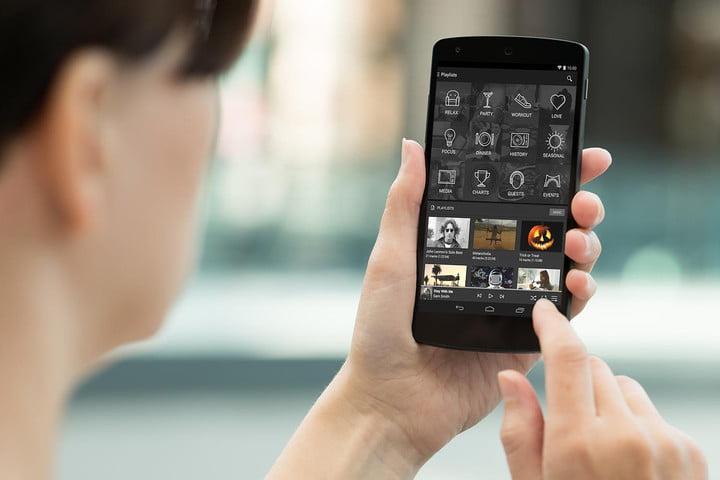 Why you should subscribe: You demand the highest audio resolution and you’re willing to pay for it.

Why we picked the Tidal

It’s no secret that we aren’t big fans of Tidal, the music service purchased by hip-hop mogul Jay Z in 2015 and recently purchased in part by Sprint. With fewer tracks, poor music discovery features, and a sometimes buggy interface — not to mention a history of botched album releases — there are plenty of reasons to avoid the service entirely in search of calmer streaming waters.

However, for those who absolutely refuse to compromise when it comes to audio quality, Tidal’s $20-per-month Hi-Fi service, which offers 24-bit audio resolution, is essentially the only real game in town. This makes the service something of a dichotomy, as Tidal seems to be aimed towards the mass market, but it’s really best for those with high-quality gear who care more about the fidelity of their audio source than interface usability or library size.

This advantage is likely to change in the future, as companies like Spotify are anticipated to launch their own high-fidelity tiers down the road. But for now, those with extremely expensive stereo systems who actually care about rising above the typical 320Kbps resolution quality of Spotify, Apple Music, and virtually every other major streaming service on the market (including Tidal’s own lower tier), Tidal HiFi is the only way to fly.